Redefining Realness: My Path to Womanhood, Identity, Love and So Much More 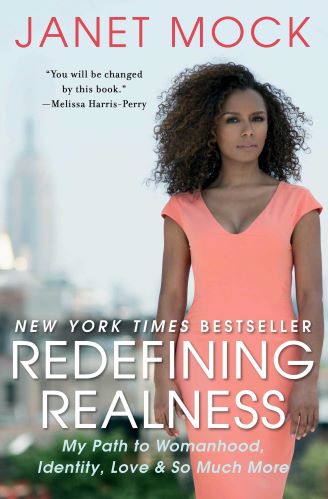 This year’s One Book One Campus selection: Redefining Realness: My Path to Womanhood, Identity, Love and So Much More by Janet Mock -

In her profound and courageous New York Times bestseller, Janet Mock establishes herself as a resounding and inspirational voice for the transgender community—and anyone fighting to define themselves on their own terms.

With unflinching honesty and moving prose, Janet Mock relays her experiences of growing up young, multiracial, poor, and trans in America, offering readers accessible language while imparting vital insight about the unique challenges and vulnerabilities of a marginalized and misunderstood population. Though undoubtedly an account of one woman’s quest for self at all costs, Redefining Realness is a powerful vision of possibility and self-realization, pushing us all toward greater acceptance of one another—and of ourselves—showing as never before how to be unapologetic and real.

Janet Mock is a writer, TV host, and advocate tackling stigma through storytelling. With a Master’s in journalism from New York University, the Honolulu native began her career as an editor at People.com and went on to write cover stories for Marie Claire, Interview, and The Advocate as well as essays for The New Yorker, The New York Times, and Lenny. She produced HBO’s The Trans List, hosts the podcast Never Before, and serves as a columnist for Allure. Called a “fearless new voice” and “trailblazing leader” who “changed my way of thinking” by Oprah Winfrey, Janet was a featured speaker at the historic Women’s March on Washington. She is the author of Surpassing Certainty and the New York Times bestseller Redefining Realness. Find out more at JanetMock.com.

Black Man in a White Coat 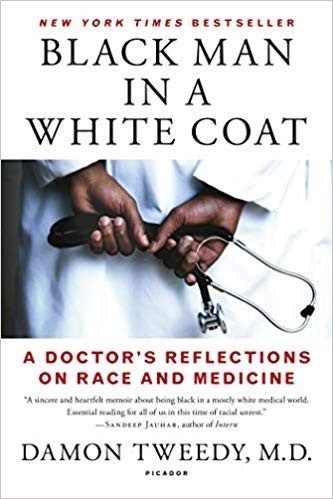 This year’s One Book One Campus selection: Black Man in a White Coat  - a memoir published in 2016 by Dr. Damon Tweedy describing his experience grappling with race, bias, and the unique health problems of black Americans.  While this book provides the perspective of Tweedy who is an MD, the themes of structural racism and health inequities will likely resonate across health professions. Kirkus Reviews said “An arresting memoir that personalizes the enduring racial divide in contemporary American medicine.... In this unsparingly honest chronicle, Tweedy cohesively illuminates the experiences of black doctors and black patients and reiterates the need for improved understanding of racial differences within global medical communities.”

One Book One Campus. Damon Tweedy, author of Black Man in a White Coat will be speaking Monday 10/19 at noon (co-sponsored by the CU Center for Interprofessional Practice and Education and the center for Bioethics and Humanities). It’s not too late to register - Dr. Damon Tweedy, MD on October 19th. (Links to an external site.)

This will be followed by book clubs –

Dr Tweedy had a recent article in the New York Times https://www.nytimes.com/2020/07/27/opinion/sunday/coronavirus-medicine-blackness.html?searchResultPosition=1

Finally, an excellent compilation of relevant resources compiled by the Department of Surgery can be found here :  https://bit.ly/BE-BETTER 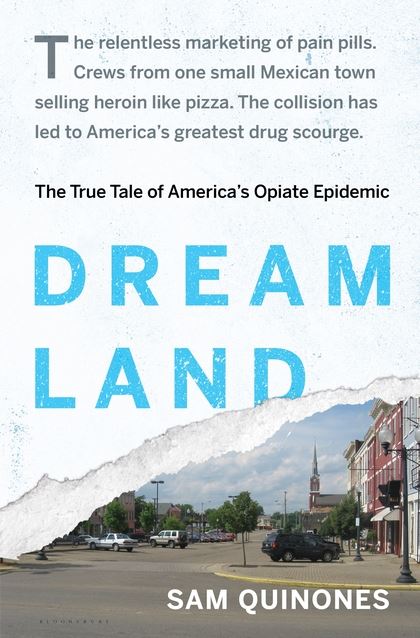 Each year, CU CIPE selects a book as a CU Anschutz Campus-wide Read as part of the Interprofessional Open Campus Program.  This year, the book “Dreamland The True Tale of America’s Opiate Epidemic” by Sam Quinones was selected.  This particular book was chosen to align with this year’s IOCP theme of Responding to the Opiate Crisis.  Students are encouraged to read the book, and faculty across programs have been invited to incorporate themes from the book into didactic, experiential and co-curricular programming.

The author speaks to many healthcare related groups in this book.  In 1929, in the blue-collar city of Portsmouth, Ohio, a company built a swimming pool the size of a football field; named Dreamland, it became the vital center of the community. Now, addiction has devastated Portsmouth, as it has hundreds of small rural towns and suburbs across America—addiction like no other the country has ever faced. How that happened is the riveting story of Dreamland. With a great reporter's narrative skill and the storytelling ability of a novelist, acclaimed journalist Sam Quinones weaves together two classic tales of capitalism run amok whose unintentional collision has been catastrophic. The unfettered prescribing of pain medications during the 1990s reached its peak in Purdue Pharma's campaign to market OxyContin, its new, expensive—and extremely addictive—miracle painkiller. Meanwhile a massive influx of black tar heroin—cheap, potent, and originating from one small county on Mexico's west coast, independent of any drug cartel—assaulted small towns and midsized cities across the country, driven by a brilliant, almost unbeatable marketing and distribution system. Together these phenomena continue to lay waste to communities from Tennessee to Oregon, Indiana to New Mexico.  ~ 400 pages (related movie coming in 2020).

The Diving Bell and the Butterfly 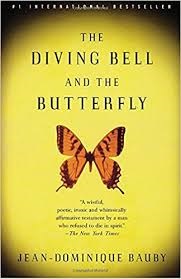 We are pleased to announce that the CU Center for Interprofessional Practice and Education (CU CIPE) in partnership with your programs and many campus entities will again sponsor ‘One Book One Campus’ at AMC during the 2018-19 academic year. We have selected The Diving Bell and the Butterfly: A Memoir of Life in Death by Jean-Dominique Bauby.

One Book One Campus is a cornerstone of the CU CIPE Open Campus Program. The theme for Open Campus this year is going to be Strengthening Ourselves through Awareness and Resilience (SOAR). There will be a number of Interprofessional events during this summer and fall that will highlight resilience and wellness from various perspectives.

The Diving Bell and the Butterfly, a brief but powerful memoir is a testimony to mindfulness and more. From a BMJ review, “this book is undoubtedly a medical masterpiece because of its uncompromising account of human nature; how it wilts under sufferance and pain but blossoms with even a trace of kindness and love. It is pertinent to our professional and personal lives, reminding us to treat patients (or indeed anyone) as we would wish to be treated ourselves”.