Chancellor Elliman has set an ambitious vision for the campus: to provide the finest medical care in the world, to push the science behind that care to new horizons, and to train those who will deliver that care in the future. 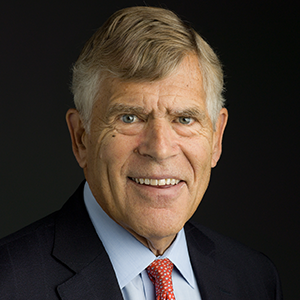 The CU Anschutz Medical Campus is a destination for healing and hope, creativity and innovation, learning and discovery, and bold breakthroughs with untold potential. Our mission is more important today than ever before, and with the best minds in medicine and health at the helm, the future is bright.
- Chancellor Don Elliman

Chancellor of the CU Anschutz Medical Campus since 2012, Don Elliman boasts a successful track record in business and a high-quality reputation in higher education.

A longtime publishing executive at Time Warner for 32 years, Elliman was publisher of People magazine and president of Sports Illustrated before retiring as an executive vice president of Time Inc.

Elliman served four years as CEO of Ascent Sports and then Kroenke Sports Enterprises, overseeing all activities of the Pepsi Center, the Denver Nuggets and the Colorado Avalanche.

He then served four years in Colorado state government under Gov. Bill Ritter, as executive director of the Office of Economic Development and International Trade, and then as chief operating officer for Colorado.

Following his time with the Governor’s Office, Elliman was executive director of the CU School of Medicine’s Gates Center for Regenerative Medicine.

Pushing the boundaries of the possible

Leading together to a new standard

Charting our course for the future