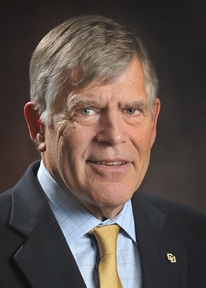 As the new fiscal year begins, I want to thank you for helping to make FY14-15 one for the record books. The CU Anschutz Medical Campus saw record-high levels in private support, enrollment and student diversity.

Donors gave $176.7 million in philanthropic gifts and other private commitments to this campus in the fiscal year ending June 30 (including $74.2 million in private research funding). Not only is this the most successful year for private support in our history, it’s also the most raised among the CU campuses last year. Nearly 8,500 individuals, corporations and foundations demonstrated their support for CU Anschutz by making a gift last year, including several transformational investments that are fueling our forward momentum:
In addition to our success with philanthropy last year, the campus admitted more students – and a more ethnically diverse student body – than ever. Overall enrollment last year was 3,923 students (4,142 including extended-studies students), of whom 23 percent identified as students of color. We’re proud that student diversity, as measured by the proportion of students who are of color, has increased each year since 2009.
Finally, preliminary numbers indicate that CU Anschutz garnered $420 million in externally sponsored research in the last fiscal year, close to our most ever. In the face of a shrinking federal funding pool, this is even more impressive.

These institutional milestones reflect the undeniable, palpable energy and trajectory of this campus. As we continue to achieve new milestones, we will remain focused on transformative, interdisciplinary medicine that tackles the most challenging medical issues facing our society.