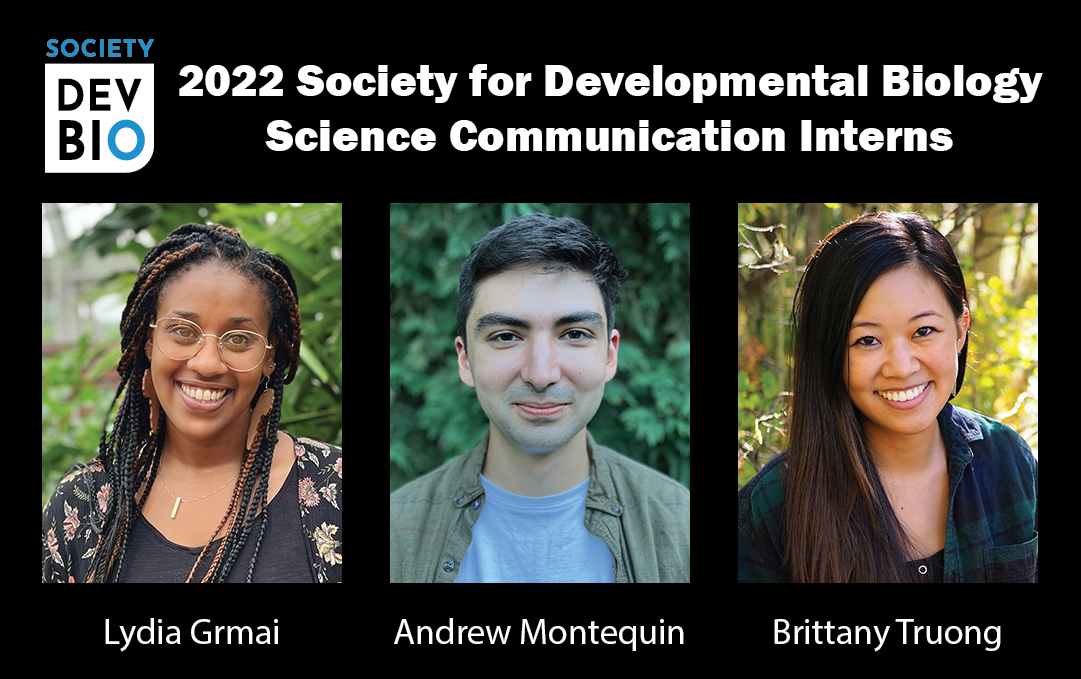 Brittany Truong was selected as a 2022 Science Communication Intern!

Brittany Truong, graduate student in the Artinger lab, has been selected as one of three inaugural Society for Developmental Biology Science Communication Interns!

For the second year, the National Human Genome Research Institute (NHGRI), part of the National Institutes of Health, has selected the top tier of early career researchers with its 2020 Genomic Innovator Awards.

This year, the award went to 12 researchers around the U.S., with two from the University of Colorado Denver. Audrey Hendricks, PhD, and  Katrina Claw, PhD, received over $1.5 million respectively over the next five years to pursue their research. Unlike traditional grants, the Genomic Innovator Awards invests in the researchers themselves, instead of a particular research project.

The Norman Lab received a fellowship from the Brazilian government.

Dr. Chris Gignoux and CCPM has some exciting COVID stuff in the works. See a few of their new grants below (more to come in a month or two, fingers crossed):

December, 2020 | Brittany Truong, graduate student in Dr. Kristin Artinger's lab, recently published a review in The Journal of Genetics and Development. Check out the paper!

December, 2019 | Dr. Jim Sikela’s paper ‘Paired involvement of human-specific Olduvai domains and NOTCH2NL genes in human brain evolution’ was highlighted by Human Genetics as one of their top-10 downloaded and most impactful papers of 2019! Check out the paper.

December, 2019 | Paper from Sikela lab by Heft, et al, was highlighted by the journal Genetics. Check out the paper!

January, 2020 | Mentioned in Message from Dean Reilly: James Sikela, PhD, professor of biochemistry and molecular genetics, is an expert who was consulted by Discover magazine in its annual round-up of top science stories in 2019. The article describes work by researchers in China who injected 11 rhesus macaque embryos with a virus carrying the human version of a gene that is linked to brain size. The researchers said they wanted to determine how the gene might contribute to evolution of the brain. Jim and other scientists have raised concern about this research. “There’s some risky elements to going down this road,” he said. “One needs to think about the consequences of where this is leading and what’s the best way to study these kinds of questions.”

October, 2019 | Paper from Sikela lab by Fiddes, et al was featured in Anthropogeny Tracks, a monthly newsletter from CARTA. Check out the paper.

April, 2019 | Dr. James Sikela was interviewed and quoted in a MIT Technology Review article about ethical concerns of putting human brain genes into monkeys. The story was picked up by numerous media outlets.

February, 2019 | Paper by Dr. James Sikela and Veronica Searles-Quick (former HMGGP student) was highlighted as a "Featured Article" by Temple Grandin, a world-famous professor and inspiration for individuals with autism . She also mentions the paper in her seminars/talks throughout the U.S.

February, 2019 | Paper from Sikela lab published in the American Journal of Psychiatry on the genetics of autism (Davis, et al, 2019) was featured in multiple media outlets. Check out the paper.