Echoes of the Holocaust:
Cultivating Compassion in 21st Century Healers 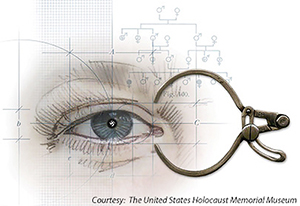 Promoting education, scholarship and community engagement on the lessons of the Holocaust for health care and society.

Our mission is to inspire and guide health professionals to practice with competence, compassion, respect and justice, and to always uphold our duty to protect patients.  We serve as a resource for scholarship on the legacy of the Holocaust for contemporary health care and society, and we seek to create lasting partnerships between the Center for Bioethics and Humanities and like-minded community organizations.

A traveling exhibit from the United States Holocaust Memorial Museum, Deadly Medicine: Creating the Master Race​, was on display at the Fulginiti Pavilion for Bioethics and Humanities from March 20-May 22.​ Read about the exhibition in CU Anschutz Today. Click for additional resources​.

Holocaust survivor Jack ​Adler​, who was interviewed on CPR's Colorado Matters last spring, shared his experiences at the Fulginiti on April 10th, 2018 as part of a panel on Stories from the World of Genocide.  Also participating in the event were Holocaust survivor Rosalyn Kirkel and Iraq refugees Sama Kareem & Marwan Nassr. 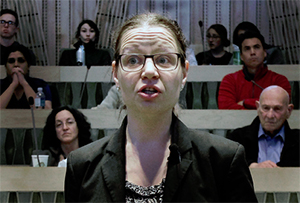 "Lessons from the Holocaust,"​ was presented by Franziska Eckert, MD on​ October 23, 2017 at the Fulginiti Pavilion.  ​​Dr. Eckert is a radiation oncologist at the University of Tuebingen in Germany, and has researched medical atrocities during the Holocaust.  She shared her personal and academic perspectives on Nazi medicine.​

Listen to the CPR Colorado Matters interview "CU Anschutz Students To Study Role Doctors Played In The Holocaust," with Center Director Matthew Wynia, MD.
View a video with Patricia Heberer-Rice, PhD, and Matthew Wynia, MD, at Misericordia University, with a presentation and a brief tour of the Deadly Medicine exhibit from The United States Holocaust Memorial Museum, presented by the Maimonides Institute for Medicine, Ethics and the Holocaust.
2017 Program; Commemorating the 70th Anniversary of the Nuremberg Doctors' Trial

For information about donations, contact Allison.Krebs​at 303-724-8227 at the CU Office of Advancement.​​