​Promoting education, scholarship and community engagement on the lessons of the Holocaust for health care and society.​ 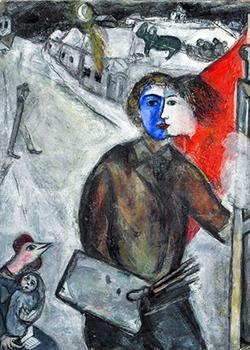 Rebecca Carter-Chand, PhD is the director of the Programs on Ethics,
Religion, and the Holocaust in the Mandel Center for Advanced Holocaust
Studies at the United States Holocaust Memorial Museum. She received
her PhD in History and Jewish Studies at the University of Toronto in 2016.
Her research focuses on Christian minority groups in Nazi Germany and
their international networks during the 1930s and 40s.

Susannah Sirkin, M.Ed is the director of policy and a senior advisor atPhysicians for Human Rights. She oversees PHR’s policy engagement,including with the United Nations, domestic and international justice systems,and human rights coalitions. Sirkin has worked with physicians in the US andabroad to organize health and human rights investigations in dozens of countries,including those involving crimes against humanity and genocide.

April 5th Recording: The Forgotten Doctors : Courage, Complicity and Compromise During the Holocaust. Presentation by Tessa Chelouche, MD.  This program explored the courageous role of Jewish doctors who continued to practice and teach in Nazi Germany during the Holocaust, and the ethical dilemmas they faced during this tragic time in history.

April 6th Recording:  Then and Now:  Courage, Complicity, and Compromise.  Presentation and Discussion by Rebecca Carter-Chand, PhD and Susannah Sirkin, M.Ed.  Moderated by Elias Sacks, PhD, Director of The Program in Jewish Studies at CU Boulder.  This program explored how the clergy, health care professionals and others in Nazi Germany were complicit in facilitating the Holocaust and how this complex legacy intersects with efforts of contemporary health care workers who have faced a moral choice to speak up or remain silent while in the line of professional duty.  How we can inspire moral courage in responding to ethical dilemmas and human rights violations today?

April 7th Recording:  Department of Medicine Grand Rounds with Dr. Charter-Chand and Ms. Sirkin.  Co-hosted by the CU Department of Medicine, in this Grand Rounds Presentation, keynotes Dr. Carter-Chand and Ms. Sirkin reprised their public facing presentations from April 6th for a more clinical audience.  This program was shorter, with less time for questions and discussion.

The 2021 Virtual Program was sponsored by Silver Sponsors JEWISHcolorado and the Rose Community Foundation, in addition to the William S. Silvers, MD Holocaust Genocide and Contemporary Bioethics Program Fund.

There are several ways to get involved:

Donate​ to the William S. Silvers, MD, Holocaust Genocide Contemporary Bioethics Program Fund
to support current programming and ensure the future of this program. For information about making a gift to the HGCB Program Fund, contact Michael Tortoro at Michael.Tortoro@cuanschutz.edu or (303) 724-7618 in the CU Office of Advancement.​​​​

Join our Advisory Group to help develop and promote future events - contact Meleah Himber​ at Meleah.Himber@cuanschutz.edu or (303) 724-8332 for more information.​

Become a Sponsor for our 2022 program.  For more information about becoming a 2022 sponsor, contact Meleah.Himber@cuanschutz.edu.