CU Innovations specializes in commercializing technology, developing ventures, and building business partnerships. We are the resource for biomedical technology commercialization for both the University of Colorado Anschutz Medical Campus and Denver Campus. For assistance, contact one of our team members below or complete this contact form. 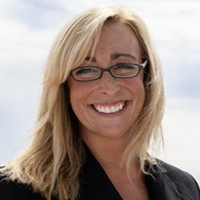 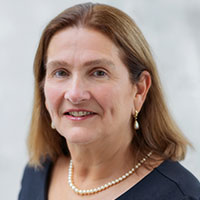 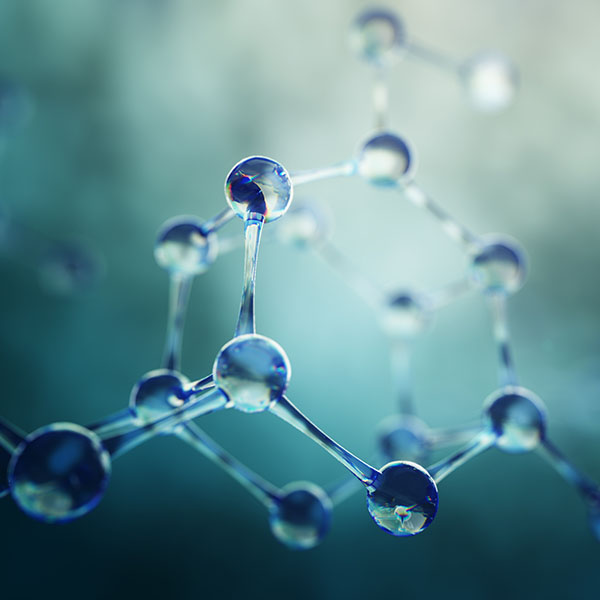 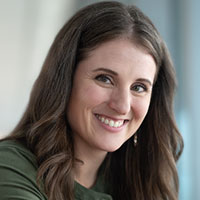 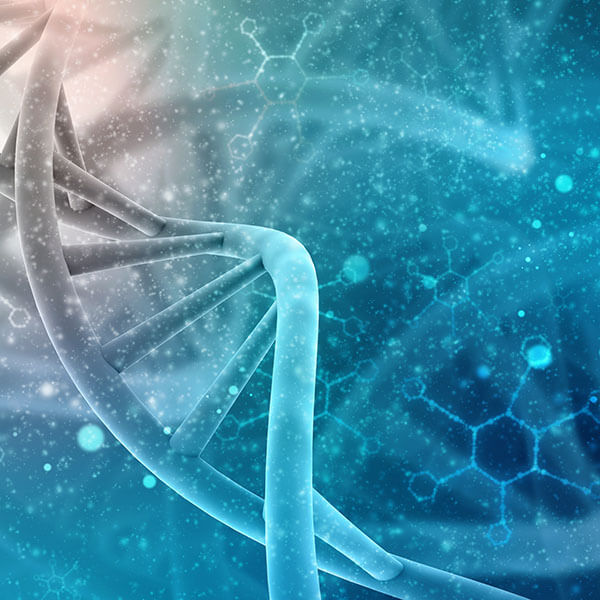 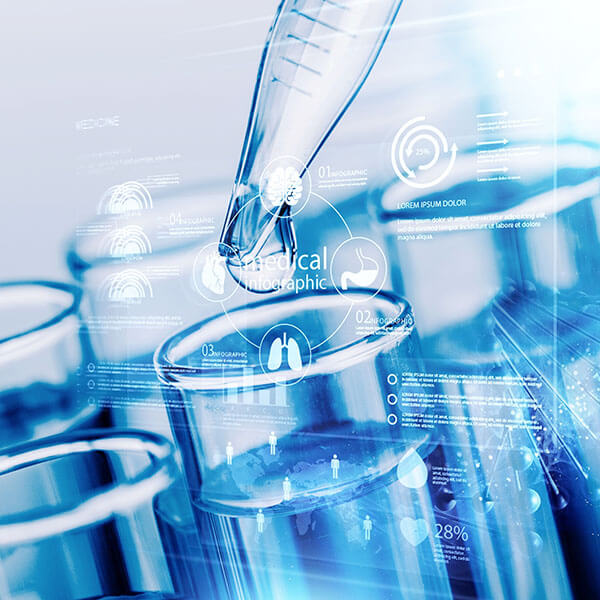 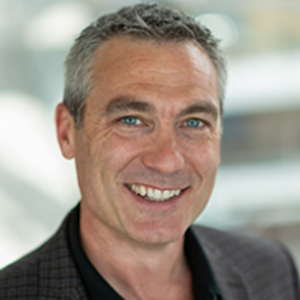 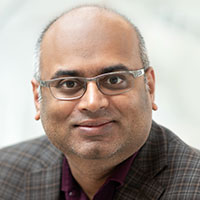 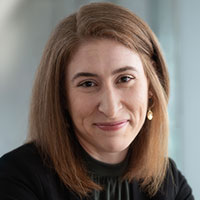 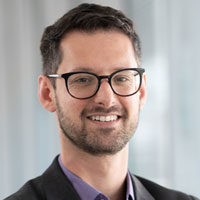 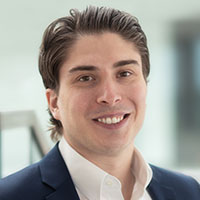 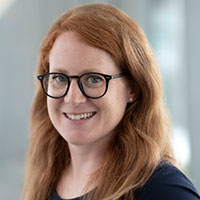 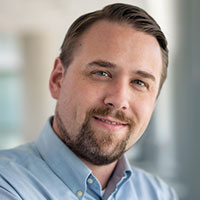 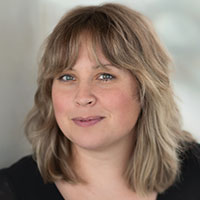 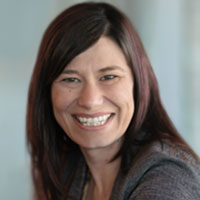 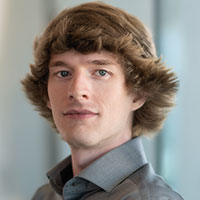 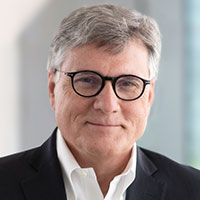 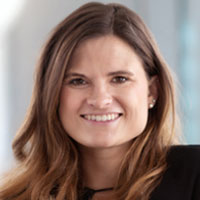 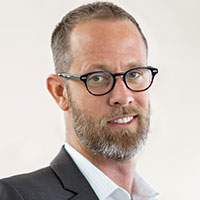 Kimberly Muller is the Executive Director of CU Innovations where she leads innovation for the University of Colorado Anschutz Medical Campus. Ms. Muller’s business development responsibilities include investing, company creation, innovation management, forming key strategic industry partnerships, and licensing. Large-scale industry collaborations have been established in areas such as AI and drug development. She also manages several funds, including an innovation grant fund, and a nearly $50 million venture fund.

Previously, Kimberly started and sold companies in the biotech, tech, and clean energy fields, companies included Curagen Corporation (acquired by Celldex Therapeutics), 454 Life Science (acquired by Roche), and Arbor Fuel, a biofuel company that utilized recombinant microorganisms for the production of ethanol and butanol. Kimberly began her career in New York as a patent attorney for Chadbourne and Parke, LLP.

Kimberly has a graduate degree in Genetics, and received her law degree with highest honors from the University of Connecticut School of Law.

Heather Callahan joined CU Innovations at Anschutz Medical Center in 2017 focused on strategically managing and operationalizing the therapeutic portfolio. Her career at Anschutz began in 2013, when she began working for the Gates Center for Regenerative Medicine as Director of Intellectual Property, and she continues to support the Gates Center as Entrepreneur in Residence.

Prior to joining Anschutz, Heather started her own consulting company, Divetank Strategies, LLC, through which she works primarily with local small biotech companies guiding them through formation, business and regulatory strategy, and intellectual property alignment. Before relocating to Colorado, Heather was the Head of Patent Development for Intellectual Ventures’ Invention Development and resided in Asia. She also worked at two biotech companies in California, Hollis-Eden Pharmaceuticals, Inc. and Genset Corporation, after beginning her law career at Lyon & Lyon, LLP. Before her legal career, she was a Research Scientist in infectious disease leading teams focused on mechanisms of drug resistance and drug discovery at the Walter Reed Army Institute of Research in the US and Brazil.

Heather earned an Executive MBA from the Daniels School of Business at Denver University, a J.D. from the University of San Diego School of Law, and completed a Post-Doc at Harvard Medical School after earning her Ph.D. in Biochemistry from the Medical University of South Carolina and a B.A. in Biology from Tufts University.

Doreen joined CU Innovations in May of 2017 as a licensing associate. Doreen specializes in the marketing and licensing of innovative, high-impact technologies in order to transition them from the lab bench to the commercial market. Prior to joining the CU Innovations team, Doreen was a licensing coordinator at the National Renewable Energy Laboratory, where she focused on the active marketing of technologies and management of NREL’s diverse software portfolio. Doreen has also previously worked as a research assistant at the University of Colorado in the Department of Pediatric Hematology and Oncology as well as a teacher of high school biology.

Doreen holds a Master of Science from the Colorado School of Mines in Applied Chemistry and a Bachelor of Arts from the University of Colorado in Biochemistry.

Mike McGarry is the Director of Business Development at CU Innovations where he leads the business development team for the University of Colorado Anschutz Medical Campus. Mike’s responsibilities include the formation and management of strategic industry partnerships, and the development of long-term growth strategies for CUI.

He joined CU Innovations with over 20 years of experience in the pharmaceutical and biotech industries, spanning functions such as business development, marketing, sales, market research, IT systems and finance. Prior to CU Innovations, Mike was at Genentech for 11 years where he led sales and marketing teams, driving the adoption of precision medicines and immunotherapies in oncology. Prior to Genentech, he held roles across start-up companies and large companies alike, touching a variety of therapeutic areas in pharmaceutical, medical devices and telehealth industries.

Mike holds a BS in Biomedical and Electrical Engineering from Duke University, and an MBA from the University of Chicago Booth School of Business.

Raja Krishnan is a Senior Business Development Manager at CU Innovations. In this role, his primary responsibility is to help build partnerships/collaborations between academic researchers and industry in the areas of clinical trials, sponsored research, or use of capabilities at the Anschutz Medical Campus, such as the Drug Discovery Center or the Gates Biomanufacturing Facility. Prior to CU, Raja worked as a Commercialization Manager at the University of Kentucky (UK) Office of Technology Commercialization (OTC) for about 3 years, where his primary responsibilities included assessment, marketing and licensing of intellectual property in the life sciences area focusing on innovations developed in UK’s Colleges of Pharmacy and Medicine. While at UK, Raja planned and moderated a five-part Drug Repurposing short course webinar series, which brought together various experts from across the US and Europe as guest speakers.

Prior to UK, Raja spent 15+ years working in roles of increasing responsibilities in product development for various companies within the pharmaceutical industry. In those roles, Raja led the development and launch of multiple commercial products. Additionally, Raja is a graduate of Steve Blank’s Lean Launchpad Program for Life Sciences and has advised multiple startup companies, including coaching teams through business plan competitions. Raja received a B.S. in chemical engineering from Cornell University, an M.S. in pharmaceutics from Long Island University, an M.S. in law from Northwestern University, and most recently an MBA from the University of Notre Dame.

Emily joined the CU Innovations team in May of 2021 as a Project Manager. She manages the implementation of clinical research within the CU Innovations digital health team. She also supports the business development team with strategic industry outreach and operational support.

Emily has worked on the Anschutz Medical Campus for over 7 years in the Department of Emergency Medicine and the Department of Pediatrics, performing clinical operations and medical education program management. She has a Masters in Human Services Management & Mental Health Administration.

Gali joined the University of Colorado CU Innovations office in February 2016 and serves as the "operational octopus" behind the CU Healthcare Innovation Fund and granting funding programs. His work spans the intersection of internal venture development and external innovation partnership opportunities with our healthcare system partners. He also engages in new venture development of high potential university technologies and spin-outs.

Previously, Gali was a medical device innovation fellow at Northwestern University's Innovation and New Ventures Office where he invented technology for monitoring and tracking dermatological diseases. He was also the co-founder and Chief Operations Officer at Sintact Medical Systems. He was also Assistant Director of Venture Capital Analytics with the Rockies Venture Club where he helped in create due diligence reports for angel investors in the RVC network.

Gabe provides due diligence analysis for internal and external innovation partnership opportunities. Additionally, he works as an Analyst with the CU Healthcare Innovation Fund.

Claire joined CU Innovations in October 2020 as the SPARK Program Manager. In this role, she administers the vision, strategy, and goals of the SPARK|REACH Program.

Claire has been with the University of Colorado Anschutz Medical Campus since 2018. Prior to joining CU Anschutz, she managed funding and entrepreneurship programs in Science Foundation Ireland, the Irish government science funding agency. Claire has conducted research on the immune response in neurological disorders and developed a prodromal diagnostic test for Alzheimer’s disease.

Claire has a Bachelor’s degree in biochemistry from Trinity College Dublin, a PhD in neuroscience from Innsbruck Medical University, and a certificate in project management from the International Project Management Association.

Don joined the University of Colorado Anschutz Medical Campus in December 2016 and has a background in handling both pre- and post-award grant management functions as well as research contract management and oversight. Prior to moving to Colorado, he worked in higher education administration and grant management within the Department of Electrical and Computer Engineering at North Carolina State University in Raleigh, North Carolina. Since starting at Anschutz Medical Campus, he has worked both with the PreAward Shared Services team under the Dean's Office within the School of Medicine and as the Research Budget and Grants Manager for the Division of Gastroenterology and Hepatology in the Department of Medicine. In his experience, he has assisted PIs from a number of different departments and backgrounds with submitting and managing grant and contracts with a number of foundations and federal agencies including the NIH, DoD, DARPA, NSF, JDRF, and the American Cancer Society.

​Michael joined CU Innovations in 2022. He has a Bachelor of Psychology from Texas Tech University

In September 2021 ​Angie joined the CU Innovations team, managing marketing and graphic design needs of the department, including social media initiatives. With 20+ years of experience in art direction and advertising for a wide range of industries, including legal, medical and real estate, her strengths lie in communication and conceptualization. Angie strives to incorporate current design trends and develop strategic marketing materials to accurately convey targeted brand messaging. She is thrilled to bring her skills to the CU Innovations team.

Chad manages our innovations database and conducts analysis for the department.

Dallas Martin serves as Associate Counsel in the CU Innovations Office at the University of Colorado Anschutz Medical Campus.

Richard joined the Office of University Counsel in 2022 with a primary focus on supporting CU Innovations in the commercialization of innovative technologies. Prior to joining the University Counsel staff, he practiced at Baker McKenzie in Dallas, Texas, where his practice focused on intellectual property and transactional matters.