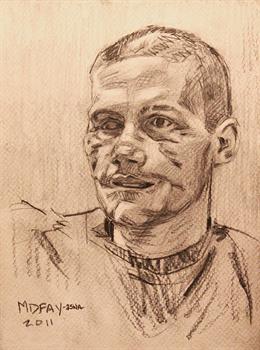 Joe Bonham is the central character in Dalton Trumbo's 1938 novel, Johnny Got His Gun. Horribly wounded in combat, he wants to tour the country in a glass box as a living example of the realities of war.  However, that hope is never realized, and Joe lives out his days-alone and forgotten.
In February 2011, a group of war artists began documenting the experience of service members and their families going through medical treatment in trauma wards and rehabilitation centers for devastating injuries so that a new generation of "Joe Bonhams" would not be forgotten.  The exhibit not only includes artworks selected from a body of 120 pieces but also the stories of these wounded warriors.

One of the notable subjects is Marine Lance Cpl. William Kyle Carpenter who was 21 when he lost an eye, most of his teeth and the use of his right arm from a grenade blast in Afghanistan.  He threw himself in front of that grenade to save his best friend, and it's taken about 25 surgeries and 100 hours of physical therapy at Bethesda Naval Hospital for Carpenter to recover.  His family calls him their "miracle."  Corporal Carpenter was awarded the Medal of Honor by President Obama​​ in June, 2014.
View the EXHIBITION CATALOG​​ featuring artist profiles and work from the exhibit. 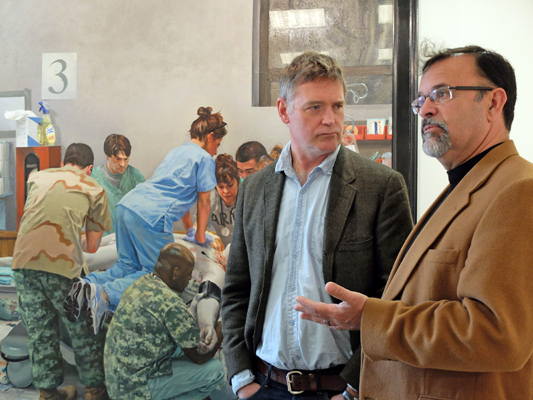 View the Channel 8 News story about the exhibit.​
Gallery Hours are Monday - Friday from 9:00am-5:00pm.
The exhibit is free and open to the public.  The Joe Bonham Project runs through June 12.​