“Go to the people, live with the people, start with what they want, build on what they know, love them enough so that when you leave, they will say we did it ourselves”

It all started at the University of Colorado Beth El College of Nursing, where Jody earned a nursing degree. Ultimate, she completed four degrees at CU including a PhD in cultural anthropology. In 1965, Jody began teaching at what was then the CU School of Nursing as a clinical instructor in psychiatric nursing and, in 1970, began her doctoral studies.

In 1976, Jody began teaching in the graduate nursing program and served as acting associate dean for academic affairs and director of the doctoral program. Nearly a decade later, she began work with the World Health Organization, Western Pacific Region, and then became the dean of international studies and director of the first World Health Organization Collaborating Center for Nursing at the University of Illinois. Her next challenge was serving as the chair of primary care at the University of North Carolina, where she developed the doctoral program in health promotion and health protection. Finally, Jody went back to the University of Arizona in Tucson as director of psychiatric nursing, where she developed a successful psychiatric nurse practitioner program. In 2003, she retired as a professor emerita in nursing, anthropology and psychiatry from the University of Arizona.

During all these appointments, Jody used her expertise in ethnographic studies and received several grants from the National Institutes of Health and the National Science Foundation. She served on many NIH study sections for over twenty years, using her expertise in qualitative research methods. Jody’s research initiatives all shared a common theme, as found in Project GENESIS, her own initiative that became a model for community development and empowerment throughout the country and internationally. Jody’s last book, Violence and Hope in a U.S Border Town (2008), funded by National Institute on Drug Abuse, captures that familiar motto of empowering the community by using its own resources to solve problems such as violence. Her move ‘back home’ to Colorado prompted her to continue her work helping underserved rural mental health care. 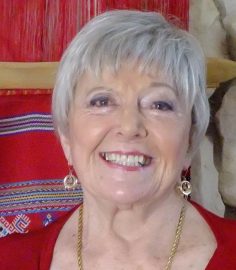 I still have family and friends in rural northeastern Colorado, so I know such regions have few professional resources to meet the many mental health needs – from addictions, domestic violence, family counseling and major psychoses. I know that psychiatric mental health nurse practitioners with prescriptive authority can meet most of these needs. My legacy gift can help rural students financially to develop knowledge and skills from the CU College of Nursing’s Psychiatric Nurse Practitioner Program, one of the country’s leading graduate programs.

The Glittenberg Fund will provide for travel costs and internet-capable laptop computers to deserving students enrolled in the Psychiatric Mental Health Nurse Practitioner Program in the CU College of Nursing who are interested in training with underserved and/or rural populations, and who are interested in establishing a practice after graduation with underserved and/or rural populations within the state of Colorado.

You can help impact motivated students hoping to help rural and underserved populations by giving to the Jody Glittenberg Rural GENISIS Fund.

Make a gift to the Jody Glittenberg Rural GENESIS Fund