When Culture Collides with Hospital Policy: A Little Origami Never Hurt Anyone 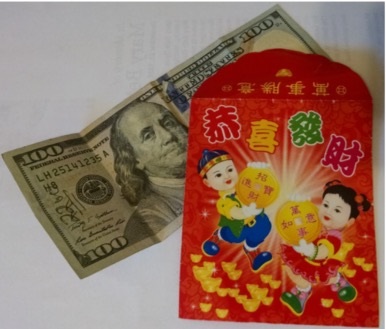 Little surprises show up in the most unexpected ways. Sometimes they catch you off guard but being gracious and understanding is always the best way to react.

There was a new palliative consult and as I read through the chart I had that gnawing feeling of discomfort when it comes to a language barrier and inability to communicate. The patient was an elderly Chinese man who had end-stage COPD and had come in through the Emergency room and was intubated. His wife was also present but neither spoke any English. I was told the sons were coming and would be here soon.

I went into the room and stood at the bedside while the wife held the patient’s hand on the other side. She kept speaking in Chinese and it was as though she was lamenting the scene of her husband with a big tube in his mouth. She looked at me longing for some understanding of what to do and I felt inept at not being able to comfort her. We had tried the Blue phone but it was not her cup of tea shown by putting it on the bed and throwing the blanket over it. I finally got my phone and googled how to say in Chinese “I’m here for you – Wo wei ni er lai,” while touching her hand. She bowed her head twice to acknowledge me. Thank goodness for Google translator.

I knew their sons were coming but I was not prepared for nine of them. These two tiny humans had these nine young men all there to comfort their mother and be present for their father. The eldest son spoke perfect English and I breathed a sigh of great relief in being able to start having a dialogue of where we were at in the patient’s care.

The eldest took the lead and asked to speak outside the room away from his brothers. I asked to have his mother present to be respectful but was unsure of the Chinese custom of medical decision-making as it could have been very different from the State of Arizona. He said that his father would have never wanted intubation but because of the language barrier and after talking to the Doctors, they felt that the patient’s wife’s distress meant to do everything. “My mother wants the tube out of his throat.” I had to explain that removing the tube or extubation meant that his father, her husband, would more than likely pass away. They both went back into the room to discuss with everyone. After about five minutes it was decided that the patient would be extubated and made comfortable but before this is done there was a request.

The patient and his wife were Buddhist and it was the wife’s request to have the Buddhist Monks come and do a ritual of prayer and chanting. This would help the patient to find a connection of peace and balance on his journey into the next life. I said absolutely and they called the Buddhist Center. Within the hour about 4-5 Buddhist monks had arrived in their robes and carried lanterns.

The patient was somewhat alert and indicated he was ready for his family. The nurse premedicated, the RT extubated, suctioned and the chanting began. The cadence and rhythm were beautiful, soothing and so peaceful. Everyone was respectful of each other and space. The patient had the most peaceful look on his face with his wife was by his side whispering in his ear.

And now the surprise. I went back outside the room because it was crowded and about five minutes later the patient's wife came up to me extending her hand. I held mine out towards her not sure what she wanted and she placed this beautiful origami-like paper in my hand all folded up nice and neat. She then urged me to open it up. I carefully unfolded it and inside was a crisp $100 bill.

I’m not sure what kind of look was on my face but this little tiny Chinese lady was grinning from ear to ear. Just then the eldest son came out of the room. I held it up and said, “I’m sorry I can’t take this, it's hospital policy to not accept gifts especially money.” She kept looking at her son wanting to know what I was saying. He explained that it is Chinese custom to pay people for their service. “My mother wants to honor you for your kindness, your gentleness, and that you allowed the monks to come to help her husband on his journey. If you don’t accept, it will dishonor her, cause her unhappiness, and may hinder my fathers’ journey.”

She was just standing there staring at me and I had to think fast. I took the $100 bill and paper and bowed graciously to her and thanked her. She in return bowed and hugged me. The wife and son then returned to the patient’s side. The patient was in ICU so I decided to go to the director of critical care to have a conversation about what had just happened. I explained everything and was perplexed as to what I should do. The director knew how passionate I am about dog rescue and said, “Why don’t you donate it to one of your rescues that way you’ve honored the family and helped a dog in need and that’s as far as it needs to go.”

The next day I donated the money to a dog from Beirut who had its back legs blown off from a land mine and was brought here for medical treatment and is thriving today. Unexpected surprises, cultural understanding, a beautiful gift of grace, peace, and love all wrapped up in an origami package.