We can talk about it with him tomorrow 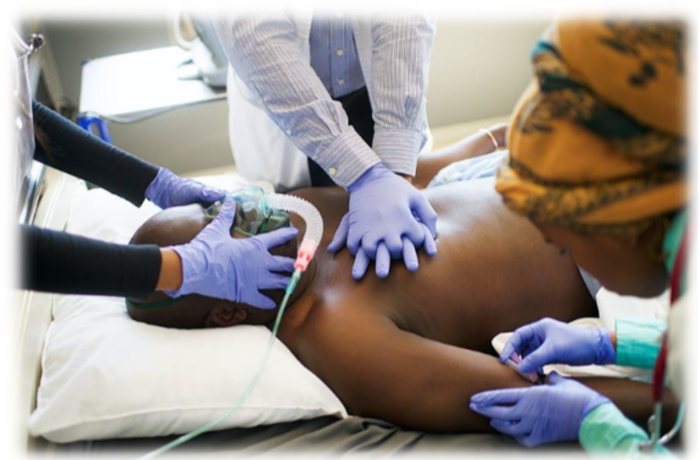 “John” was a 60-year-old man with cirrhosis who presented to the hospital with an incarcerated umbilical hernia, with an elevated lactate and an elevated white count. He was awake and alert, and he wanted his hernia repaired. It was an emergency, and he was very ill, so he was consented and taken to the operating room that night. Because of his cirrhosis and concern for sepsis, the decision was made before surgery that he would go to the SICU postoperatively.

In the SICU, he became agitated, confused, and suspicious and began refusing all further treatment. The next day his agitation worsened even further. It was assumed that he was going through alcohol withdrawal, so he was placed on MINDS protocol. His condition deteriorated further, and he had an abdominal CAT scan, which showed portal vein thrombosis and demarcation of half of his liver.

Over the next 2 days, his confusion continued to worsen, and he was felt to have delirium and hepatic encephalopathy. On hospital day four, a palliative care consult was obtained, and as the patient lacked capacity, both consent to treatment and goals of care were unobtainable. The social worker was then involved, and on hospital day five, skip trace and other methods were employed to try to identify family members for proxy process or guardianship.

By hospital day 9, John’s sepsis, cardiac function, and respiratory function had all worsened. He was intubated, placed on an intra-aortic balloon pump, and his abdomen was reoperated on looking for the source of the sepsis. On hospital day 10, John died with an open abdomen, on the ventilator, on dialysis, and an intra-aortic balloon pump, with no insight as to what he would or would not want done, and without having identified any family members.

We take care of critically ill or critically injured patients in our surgical ICU every day. These patients are often unresponsive (or soon will be) and frequently require invasive monitoring and multiple procedures. Four years ago, after recognizing that less than 15% of the patients in the SICU had an identified surrogate decision-maker, and even fewer had one within the first 24 hours, we instituted a quality improvement program targeting surrogate decision-maker identification. Within 6 months, more than 50% of the patients in the SICU had surrogate decision-makers identified within the first 24 hours, and after 1 year that number was consistently at or above 90%. This improvement has been dependent on a rigorous and consistent approach that involves a brief conversation with the patient on arrival about their goals of care and who they would want to help with decision-making in the event that they were unable to do so themselves. Like anything else we do in the SICU, protocol and reproducibility are what decrease variability and reduce errors.

We do amazing work saving lives when we can save lives, saving limbs when we can save limbs, and preventing or limiting disability when we can prevent or limit disability. In the heat of the battle, so to speak, it is easy to get swept up in the immediacy of the medical decision-making and the intensity of the procedures. It is also easy at times like these to put off aspects of the patient’s care that may not seem urgent or emergent (such as identifying a surrogate decision-maker). However, without knowing what a patient would or would not want done we can’t know if we are providing the best care for that patient at that time in that circumstance. We have made great strides incorporating primary palliative care principles into the care of patients in the SICU. However, until providing goal discordant care is considered a complication worthy of presentation at academic morbidity and mortality conference, we still have a long way to go.

So no, we cannot wait until tomorrow to talk about it with him.