The Family You Make

Death, Grief and Loss in the Assisted Living Setting 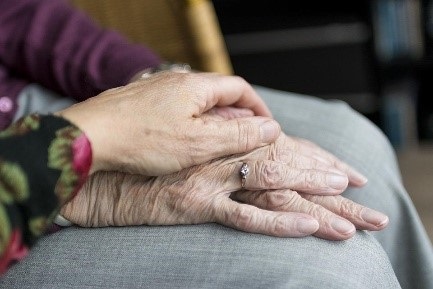 When I was working with a community-based palliative care and hospice program, some of our patients lived in a local assisted living facility.  Often our patients had outlived their family members and loved ones, and the other residents in the assisted living became their family and significant others. Although the staff at the assisted living facility meant well and tried to incorporate rituals and support when residents died, the people left behind did not feel that they had adequate time and sacred space to spend with one another grieving.  The palliative care and hospice team did not regularly provide bereavement support or programs within the assisted living, as the residents were not considered “family” or “significant others” in the traditional sense.

One of our patients, Bill, vehemently resisted moving to assisted living and fought his Lewy Body Dementia (LBD) diagnosis.  However, after he became lost on his daily walk to the store, Bill finally acquiesced to moving into assisted living.  He had enjoyed a life of international travel and enjoyed more than his share of indulgence with alcohol.  He loved to tell stories of his escapades and scrapes he found himself in during his lifetime.  Bill also served as a veteran in Korea, and he developed a love for the South Pacific.  Throughout his home Bill displayed artwork that had been given to him from friends and coworkers, and was especially proud of the work from a Thai artist he had befriended.

Bill developed Parkinson’s disease as well as LBD in the past several years.  Bill was worried that he would die alone, and his family would not visit him or acknowledge his decline and struggles.  Prior to moving into the assisted living, he had been living alone and was estranged from his family.

An unexpected thing happened when he settled into his new home: he made friends for the first time in several years.  Bill blossomed as an avid story teller and organized Thursday afternoon socials with other residents.  He had a girlfriend or two, depending on who you talked to. The staff allowed him to assist in gardening duties around the facility, and he grew the most fragrant and vibrant roses in the garden. During the two years he lived at the assisted living, he made meaningful connections with the residents, staff and the palliative/hospice team who visited him.

After an episode of seizures, Bill was hospitalized and died in the hospital.  Although the hospice and  palliative care teams were notified, his friends and newfound family at the assisted living only found out from word of mouth and indirectly.  The other residents that were on our service expressed that they did not get a chance to say goodbye, and they mourned the loss of Bill in isolation.  I can only imagine the ambiguous grief that the residents experienced when they did not have a platform to be recognized for the relationship that had resulted by proximity and shared life experience.