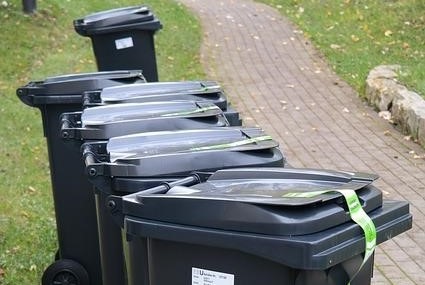 While palliative care has made tremendous headway as its own specialty, referrals continue to be placed late in the trajectory of serious illness. With the plethora of studies proving the effectiveness of palliative care in supporting those living with serious illnesses and those that love them as well as decreasing healthcare costs, I continue to be perplexed as to why there continues to be a hesitancy in referring early. Is there something in the psychology of human beings that might be blocking the movement from late referrals to earlier? As I might be a social scientist with no training or just have too much time on my hands, I found a recent experience fascinating and one that might hold clues to this puzzle.

Tuesday is trash day in my neighborhood. When I see neighbors’ trash cans appearing at the end of driveways, it is a gentle reminder to get my trash out as well. On holiday weeks, the trash pickup schedule changes, and pickups shift to a day later. Instead of a Tuesday pick-up, our neighborhood trash is collected on Wednesday. I know this schedule well because for years this is how the world has worked. Regardless, every Tuesday following a Monday holiday, at least one neighbor will put out the trash can. This simple action will throw off my internal dialogue. I will begin to question myself. “Is this week different? Does that neighbor know something I do not?” Apparently, this is happening to other neighbors as well as slowly other trash cans appear at the end of driveways hoping for pick up.

This Memorial Day I pledged to stay strong; to not join in the group think and instead hold true to my own knowledge that trash is collected on Wednesday this week, not Tuesday. The Universe must have heard my musing for on this particular Tuesday, every neighbor put their trash out. The pressure was on. I lasted an hour. Out went my trash. Only to be retrieved still full that evening and taken out again the next morning. What is happening?

The field of psychology has a term for this scenario. “Social proof" is a psychological and social phenomenon where people copy others’ actions in an attempt to undertake behavior in a given situation. Social proof is triggered when people assume others have more information than they do so they quickly engage in the same behavior. This phenomenon can overpower one’s own belief system and change individual actions and thoughts to align with fitting in.