Notice the cardinals: A personal reflection on legacy and strength 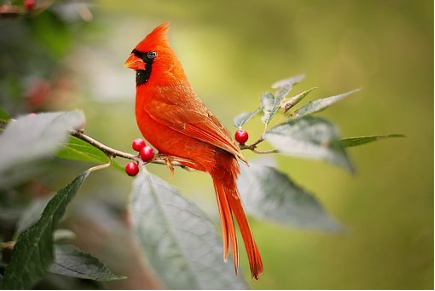 If you asked me who was the most influential people in my life, I would tell you about my grandmother.  Rita was a force of nature when she worked as the head nurse in a nearby hospital and everywhere else in her world.  Gram would always say, “I was a nurse when we touched people”.  She bucked the system frequently in order to advocate for patients, and she rarely took no for an answer.  Not surprisingly, many of our intelligent and strong healer/cunning women ancestors were tried and killed for witchcraft for speaking out and helping others.  I am sure she burned a fair number of bridges along the way in the name of justice and equality.

Gram was 84 when she was told she had multiple myeloma by her soon-to-be oncologist at Dana Farber.  Although she was in her eighties, she was still very healthy and enjoyed spending the winters in Florida with my grandfather. When she was first diagnosed, she confided in me how angry she was: “I did everything right – I didn’t drink, I didn’t smoke, I ate healthy and exercised.  How in the world did I get cancer?”  Gram decided to go full steam ahead through treatment for her cancer.

As a palliative care social worker, I immediately called her oncologist and discussed the plan.   In my head I was thinking, “how could you allow her to participate in treatments that will probably cause debility, decline and suffering in such a strong and powerful woman”?  But during the discussion I realized that Gram had told her that she wanted to pursue treatment for two reasons: to allow data collection on how she would fare in treatment as an 84-year-old woman, and to live longer to spend time with her grandchildren and great-grandchildren.  Even if it meant that she would suffer some and have side effects, she wanted to make lemonade from this box of lemons called multiple myeloma by contributing to the greater good of medical research.   Also, the greatest joy of her life was her grandchildren and great-grandchildren, and she didn’t want to miss out on a minute of time.

Her wishes regarding treatment gave me great insight into how Gram and others like her build legacy through their decisions.  It made all the sense in the world that a woman who would holler at the obstetricians ad nauseum about “episiotomies for physician convenience” would also want to give the last thing she had for others.  Her life quickly devolved into appointments, treatment cycles, and increased confusion (we suspect dementia caused by her treatments).  But she also had her family around her, caring for her and loving her, just as she wanted.

For about a week after she died, I was followed by a cardinal everywhere I went.  It would just stop and sit near me, oddly close for a wild bird.  When I told my best friend, she reminded me that in the Catholic faith, cardinals were a sign that a spirit was close.  I knew then that Gram’s spirit and legacy lives on in me; wherever I go, her love will find me and give me strength.

If you want to read more about the symbolism of Cardinals, this site has more details:  Cardinals: Legends, Lore, and Spiritual Symbolism - Farmers' Almanac (farmersalmanac.com)