Impact of Medical Assistance in Dying on palliative care: a qualitative study 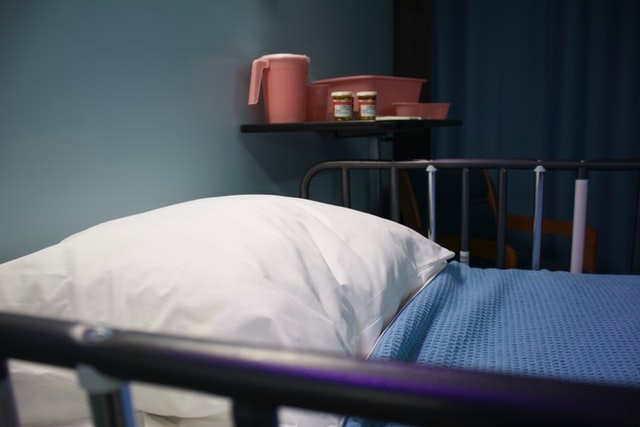 Community Hospice Palliative Medicine Fellowship Journal Club
The Community Hospice and Palliative Medicine Fellowship is an ACGME approved demonstration project here at the University of Colorado Anschutz Campus. CHPM Fellows are mid-career physicians are completing their HPM Fellowship by building a clinical portfolio and completing their training while remaining in their home community. As part of the CHPM Fellowship trainees participate in a Journal Club. They write-up interesting articles and share with the others using PC-FACS format.

We will be sharing selected articles as part of the CUPALLCARE Blog.

Title: Impact of Medical Assistance in Dying on palliative care: a qualitative study

Background: Medical Assistance in Dying (MAID) is defined by the authors as “the administration of a lethal substance by a medical practitioner to a consenting person to intentionally cause their death or prescribing a substance that the eligible person takes themselves, in order to bring about death.” This study was conducted in Canada and MAID was legalized there in 2016. In the US, currently 10 states and the District of Colombia have laws allowing for some form of MAID. In Canada for patients to be eligible for MAID they must be assessed by 2 independent providers (MD or NP) and then a 10-day reflection period must be followed. The law allows for the medical provider to either directly administer the drug or prescribe the drug for self-administration and consent must be obtained immediately prior to the administration. Interestingly, studies completed prior to the legalization of this provision in Canada demonstrated that 75% of the PC physicians indicated that they would not be in favor of PC physicians providing MAID. Clearly, this is a controversial topic, and the purpose of this study is to explore the effects of MAID on palliative care physicians and nurses.

Design and Participants: “Qualitative descriptive design using semi-structured interviews and thematic analysis”. Participants: Inpatient or community-based PC nurses (10) and physicians (13) in Ontario Canada who practiced for at least 6 months before and after the implementation of the legal provision for MAID. Recruitment was described as “purposive and snowball sampling” and they authors invited providers that had publicly known opinions about MAID and asked these same people for recommendations for other potential participants with “known and diverse opinions about [MAID]”. They then suspended recruitment when they felt that they had a “wide representation and saturation of themes”. Participants were given the questions 1 week prior to the interview which was then formally audio recorded. The median length of time working in PC was 8 years for the participants. All the participants reported having had conversations with patients about MAID but only 7 participants had witnessed MAID in person. Some of the physicians had made referrals to another provider for MAID, some had been involved in patient assessments and 3 of the physicians were “MAID providers”.

Commentary: The biggest limitation to the study in my opinion was their recruitment process. They invited their participants based on their already publicly known general opinion about MAID. They report that they did this to get a wide variety of perspectives, but this clearly could have skewed the results. They also only recruited physicians and nurses and it would have been helpful to have the perspectives of others on the PC team.  They also gave the participants the questionnaire one week prior to the interview which could have also allowed them time to adjust their statements and they may have been a bit more rehearsed and less authentic. I found the results interesting however, particularly with regards to patient and provider hesitancy to utilize comfort directed medications for fear of jeopardizing access to MAID.

Bottom Line: There are numerous impacts of the legalization of MAID, both on a personal level and an organizational level. This controversial topic is not surprisingly a potential point of discord and distress among providers, patients, and their families, which can result in fragmentation of the care team or family and can also take an emotional toll on the providers. Stigmas associated with MAID also impacted PC, as patients and families have misunderstanding of the difference, which can affect their willingness to participate with PC. Extra resources required for MAID can affect the entire organization and other patient’s access to PC. This is corroborated by another recent study in Colorado, in which 75% of physicians who participated in a MAID case reported it to be time consuming. (1) How to have conversations about MAID and navigate logistical aspects of the policy is also a new challenge. One of the most striking downsides is the hesitancy to utilize comfort directed medications for fear of impairing mentation which would then jeopardize access to MAID. The biggest positive impact was the opportunity for patients to have access to an alternative dying experience. Some providers described MAID as providing a more comfortable and peaceful death and felt their role in performing this procedure to be a positive experience. In the same similar study mentioned above, 75% of physicians sampled reported their experience as “emotionally fulfilling and professionally rewarding”. As with any new or controversial change in medicine, there are always hurdles to overcome. This study indicates there has been more gradual acceptance reported with time. Perhaps with more education and as providers becoming more experienced with MAID this process will become easier to incorporate into PC.