Gentle Nudges from a Different Plane 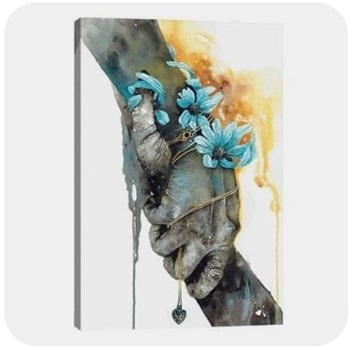 I recently read a book from my book group called “Golden Girl” by Elin Hilderbrand. The main character, a successful author, living in Nantucket is a single parent with 3 children ages 17 to 26. Early in the book she was the victim of a hit and run passing away. When she got to the afterlife, she had a spiritual guide that allowed her 70 days to look in on her family and during this time, she was allowed 3 nudges to change the outcomes of events on earth. During the questions about the reading this one came up, “Have you ever received or felt a nudge?” On August 2nd it had been one year since I was involved in a traumatic car accident. The result left me with a shattered cheek, chin and a full thickness laceration from my lip down to below my chin. There was a gaping hole where teeth had been. I was rushed to the Emergency room and after imaging taken to surgery where the plastic surgeon put my face back together. My jaw was wired shut for a month and it became difficult to eat and communicate. The story of my nudge began on my way to work the morning of the accident. My windows were rolled up and the air conditioning was on. I live in Arizona, so August is very hot! I suddenly smelled the distinctive aroma of tobacco coming from a pipe. The only person who I’ve ever known to smoke a pipe was my paternal grandfather who is deceased, and I loved and missed him so much. I jokingly said, “Papa, are you here with me?” After a few minutes the smell dissipated. Later that day, on my way home from work when the accident occurred, I collided with a car that turned in front of me. My head hit the steering wheel with a loud ringing noise throughout my head and then the air bag deployed. As I sat up in shock bleeding that distinct pipe smell came back once again only more intense. My father was killed in an MVA causing his death at the age of 21 from a traumatic head injury so thoughts of this were there in the back of my mind, “Am I going to die right here on the street.” When I tell people this story of that distinct pipe smell they have said “weren’t you scared” or “isn’t that kind of creepy?” I found it comforting in that moment like Papa was with me and telling me I’m here for you, you will survive this. We see and hear about these “nudges” from patients and families during a crisis or when approaching end of life whether imminent, weeks, or months. These nudges in the presence of illness can be comforting while others may be frightening. As caregivers we need to react calmly and be compassionate so we can support patients during their final journey towards death.