Don't Take Away her Hope 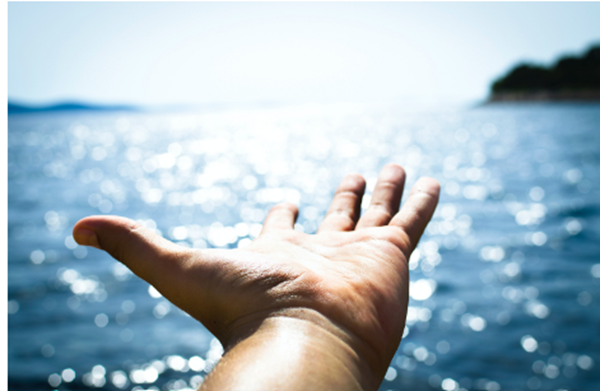 In 2018, my opinion about false hope evolved through my experience journeying with my stepmother, Ann, throughout a battle with ovarian cancer. Ann was a physician who desperately “fought the cancer” for 2.5 years. She attempted every invasive intervention offered to her. She had multiple pleural taps for her pleural effusions, abdominal surgeries, pleurectomy and decortication. She couldn’t eat by mouth, but she survived on total parenteral nutrition for over a year. She was stoic and described herself as a “fighter”. Throughout her life, she self-identified as someone who could manage things that were much too hard for “other people” and she seemed unwilling to accept that stage 4 ovarian cancer was any different than all of her other experiences. She knew likely outcomes as well as anyone, but she just believed they didn’t apply to her.  She graduated top of her class in medical school and was fiercely competitive in games and life - she nearly always came out on top, regardless of odds or statistics.

I remember one day mentioning that it would be good for her to meet with the palliative medicine team to be able to discuss quality of life as well as the potentially aggressive options that might be offered to her. She was offended. She told me “I’m not ready for that. Please don’t bring it up again.” After that, I thought I knew her better than anyone other than my dad and I wanted to advocate for her, so I decided I would honor her “hope” by helping others understand her perspective. I still remember when her oncologist finally said “I can’t offer you more chemotherapy. It won’t work, it is making you feel bad, and I believe it could be taking time away from you.” She was so angry, and her demeanor changed immediately. I grieved for and with her - that her oncologist took away her “hope.”

Despite the importance I have placed on being honest with my own patients, watching Ann completely withdraw and deflate with this conversation was almost more than I could bear. But after that conversation, I helped her decide what hopes and goals she still had.

She was in Florida for several months because she was so short of breath in her home state of Colorado. Her pulmonologist warned her that he didn’t know how she would feel as a result of the altitude if she returned home, but she said, “we need to go home.” In a heroic car ride from Florida to Colorado, my dad and I switched off driving and sitting in the backseat with her. We talked in the car about what music she wanted in her memorial service, (music was critically important to her and she had multiple choirs sing at her memorial), about conflict with her siblings that she wanted to address, and we talked about the “visitors” that had been coming to see her that no one else saw. We propped her with pillows, gave nebulizer treatments, nausea and pain meds, and supported her weight as we hobbled to gas station restrooms.

When we returned home, we were planning on enrolling in hospice for additional support. I dreaded telling her what I learned - she would have to give up her IV nutrition, the only thing keeping her alive, to enroll in hospice. I knew she would refuse. To my surprise, she said “I’m ready to be done with TPN. I was doing it for your dad.” She died the day we got her home. Her doctors later told us that they didn’t believe she was going to survive the journey. This ride with the ability to talk openly about things that could bring aspects of peace and closure and the decision to go home was critically important in her “journey.” It wouldn’t have happened if her oncologist would have agreed to maintain her "hope" by giving her chemotherapy. I have thought a lot about the context of hope in her journey and the journeys of many of my patients and the gift a palliative care team can provide when they help patients identify and focus on evolving and changing hopes.

I have frequently identified the risks to patients in providing “false” hope. I have seen patients and families remain isolated throughout the course of the illness, focusing only on the “treatment” and the “battle” which creates barriers in communication and the inability to share fears, hopes, meaning, reflection.  I have witnessed the fear and certainty of so many families that if we deliver difficult and honest information about prognosis their loved ones will “give up hope.” There was no greater representation of this for me than my own very personal experience with Ann.

It is critically important to hope. However, getting home became Ann’s hope when treatment and holding the cancer back no longer could be. Other hopes that are able to lead to family healing (meaning making, legacy building, resolution of conflict) are often suppressed when hope for cure or suppression of disease progression is the primary and only hope.

As a pediatric oncologist and palliative care physician, I still struggle with how to best guide patients and families toward realistic hopes when it seems they have “false” hope. Though very difficult, I think it is the loving and ethical thing to do to be honest with them in a compassionate way. Now I say things like, “I have never seen a patient be cured in this scenario. I wish there were better treatment options. I know you still hope to be cured, and I hope you are too, but are there other things you also hope for if that doesn’t happen?” I also assure my patients and families that no matter what the outcome or what their hopes are, they will not be abandoned. “Despite this uncertainty, our team will be here for this journey - to help you focus on your hopes and goals and to help you make decisions with these in mind.”