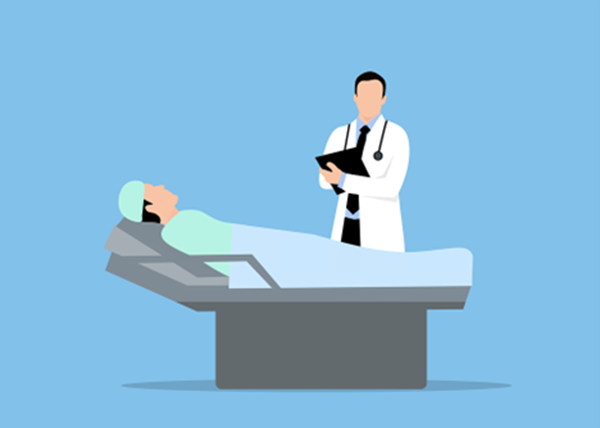 “I’m all for personal choice.”

How often do we hear this, from political discussions to patient care conversations?

He was 63 years old, admitted for septic shock from pneumonia. He had just been diagnosed with diffusely metastatic gastric cancer, and his family wanted chemotherapy started immediately.

The oncologist’s answer: “I’ll kill him with my chemo, tell them he needs hospice.”
The family’s response: “Can we speak to a different oncologist?”
The primary team’s solution: “Let’s call a palliative care consult.”
The palliative care team’s approach: “This would be a great case for our newest fellow, Dr. Sung.”

The first family meeting was arranged at 12 noon the next day by the social worker (only later did I find out it was her day off).

At 12:15 pm, only one daughter was at the bedside, and boy, was she not interested in talking to me. I asked about the other siblings who were supposed to be at this meeting, she said she didn’t know if they could make it. Fortunately, the ICU chaplain was walking by, and I asked (begged) for help. She rescheduled with the other siblings for later that afternoon.

We met at 4 pm. I started slow, asking about their father and what he was like. “The strongest man we ever knew. He never complained about anything. He fought everybody and everything like hell. He would never give up.” I gently broke the news that his kidneys were failing, his blood pressure was low despite multiple pressors, and we were concerned he was suffering. The team felt it might be best to focus on his comfort. The family was appreciative but simply stated, “We will let you know when we are ready to make that decision.”

Reporting back to the primary team, ICU team, and PC team, all that they asked me was “Did they make a decision?” I thought “Yes, they did. It’s just not the decision you want.” Instead, I said, “They haven’t decided yet.”

Two days later and at maximum doses of norepinephrine, dopamine, and vasopressin, I met with the family again. They were more guarded and even more resolute. I gave them the brief medical update, and what they told me was “We have your card, we’ll let you know when we make a decision”. I sat in silence, words escaped me. But I wasn’t ready to leave either (would that be defeat?). More awkward silence, and then the floodgates opened “Why is everyone being so mean? All the doctors do is come in here and tell us our dad is dying. Don’t you think we already know that? They make us feel like we are bad daughters, that we want him to suffer. All we want is time to process this. We want more time with him. As soon as you take off those meds, he will die immediately. Please leave us alone. Please just give us more time with our father.”

And now I really understood. This family had made a decision. They did make a choice. It just wasn’t the choice the medical team wanted to hear. Their choice was to prolong their father’s life, knowing that he might suffer, so that they could process their grief. So that they could spend a last few days with him. Who was I to judge that decision? Wasn’t I all about “choice”? Wasn’t that me seething with anger when the Supreme Court took away a woman’s right to choose? Wasn’t I just as angry about framing the decision to get vaccinated about “personal choice”?

So, I sat. And listened. They vented. And I felt shame. Shame for not listening closer. Shame because the family felt that there was only one choice, the choice the medical team had made for comfort care, and they were too scared to tell us their real choice.

And now I wonder? What do we mean when we ask patients to choose? Are we really giving them a choice? Or are we asking them “When are you going to choose what we’ve already chosen for you?”