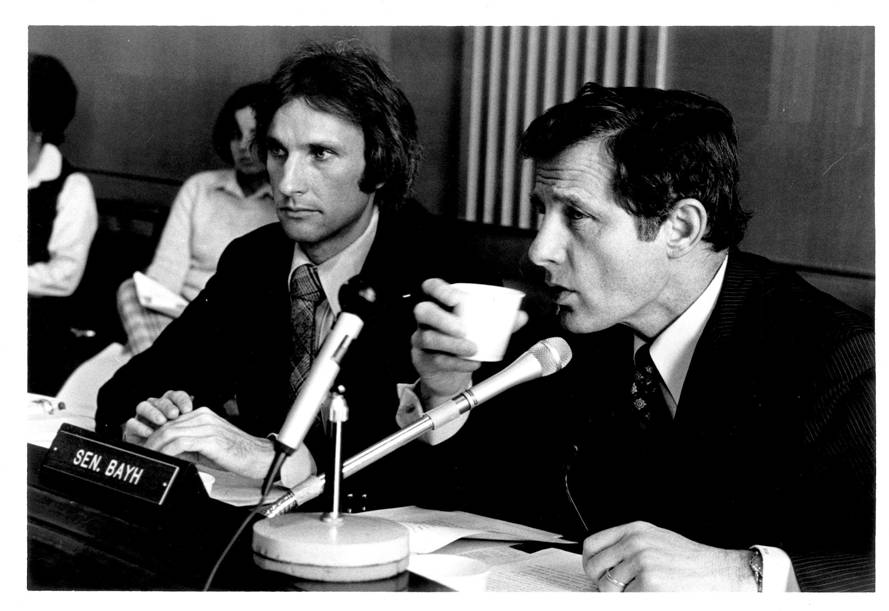 Universities across the country are celebrating today the 40th anniversary of the Patent and Trademark Amendments Act of 1980, better known as the “Bayh-Dole Act” after its sponsors.  The Bayh-Dole was historic because it created a uniform federal intellectual property policy for inventions created at universities and other federally-funded institutions.  This allows universities to own the intellectual property covering their research, which enables them to develop and commercialize their discoveries in order to bring them to the public.

Prior to Bayh-Dole Act, inventors who utilized federal funding for their research were obligated to assign their inventions to the federal government. Further, each government agency created its own policies which presented additional challenges for university inventors trying to commercialize their inventions. As a result, patented technologies originating from universities rarely made it to the commercial market.  The Bayh-Dole Act fundamentally altered the existing framework allowing universities to own the inventions created by their inventors.  In exchange, universities followed reporting requirements that help ensure the federal government and the public receive a good return on investment for their sponsored research dollars.

Since the Bayh-Dole Act was passed, there was immediate increase in patenting activity. In 1976, only 55 US  universities had been granted a patent when compared to 2006 where at least one patent had been issued for 240 universities with a total of over 80,000 U.S patents issued in academic institutions over the past 25 years.

CU Innovations is excited to celebrate the 40th anniversary of this historic act.