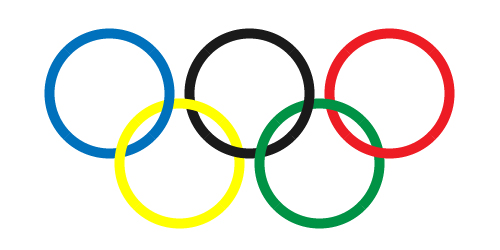 In Beijing 2008, Michael Phelps’ eight gold medals as the greatest swimmer of all time and Usain Bolt’s three gold for three world records as the fastest man alive. The 1980 “Miracle on Ice” as a ragtag group of Americans defeated the mighty Soviets in ice hockey. Gymnast Nadia Comaneci’s scoring the first ever perfect 10 at the 1976 Summer Olympics in Montreal.

Along with athleticism, dedication and grit, the Olympics has delivered on sheer courage and true heroism. Twenty years ago, when Canadian sailor Lawrence Lemieux was racing at the 1988 South Korea Olympics amid dangerous winds he saw a competitor’s capsized boat, and without hesitation, he abandoned the race to help save the two injured sailors. Jesse Owens winning four gold medals in Berlin 1936 was a powerful statement against Adolph Hitler and the Nazi regime.

What will the 2018 Olympics in Pyeongchang be remembered for? Perhaps the moment the Flying Tomato of the 2006 Winter Games became the elder statesman of halfpipe as Shaun White won his third gold medal. Skier Mikaela Shiffrin’s race for multiple gold? Perhaps stories yet to emerge as we write this.

One thing our team at NMHIC will recall is the technology that is wrapping these games. Tech has always been a part of the Olympics, from uniforms and equipment design to timekeeping and more. But this year, tech is seemingly putting on a show of its own.

In the Opening Ceremony, drones filled the air, creating a stunning visual of high-tech imagery that replaced traditional fireworks. It was the “wow” moment that South Korea wanted, and the buzz was worldwide.


We are inspired seeing these stories. And, it made us think about our work at the National Mental Health Innovation Center, where so many of our community and partner efforts at finding bold new solutions are solidifying around emerging technologies.

We are working with a growing network of companies in the fast-growing mental health technology arena, alongside our provider partners, as we zero in on needs and work toward solutions.

Virtual reality has come on strong as a tool with science-based foundation, one that clinicians can use to help patients take giant strides with conditions such as anxieties and phobias.

We are testing online environments that help women deal with pregnancy and parenting related depression.

And we’re exploring promising technology that uses apps to keep patients and clinicians aware of needs in between traditional appointments.

Are we dreaming of going for the gold?  Always!  We are convinced that with determination, hard work and grit like that which we see from the Olympic athletes and technologists who are inspiring us, we will celebrate great mental healthcare victories in the days and years to come.