National Network of Depression Centers Weighs in on “13 Reasons Why” 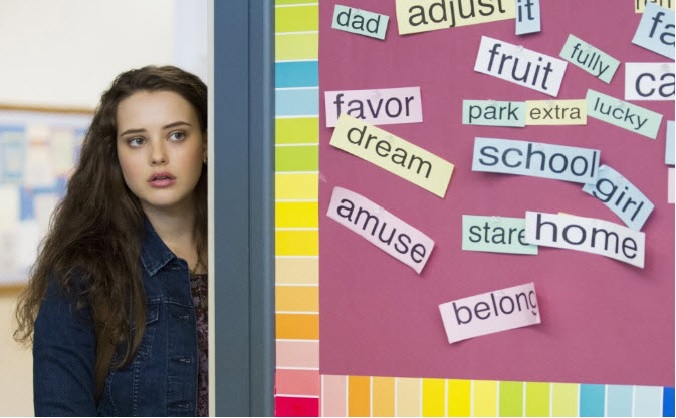 Our thanks to the National Network of Depression Centers for this important insight on a controversial show about suicide:

“13 Reasons Why” is a new Netflix original series depicting the events surrounding the suicide of fictional high schooler Hannah Baker. Praised by some as an unflinching account of high school life, the show covers everything from bullying and slut-shaming to substance abuse and sexual assault. While the show does draw attention to youth suicide, it unfortunately does so in an irresponsible, and potentially fatal, way. We sat down with NNDC member and suicide prevention expert Dr. Holly Wilcox, Associate Professor of Psychiatry and Behavioral Sciences at the Johns Hopkins School of Medicine, to learn more about how the presentation of suicide in “13 Reasons Why” could do more harm than good.

Suicide is an incredibly complex issue, with no single cause. The premise of “13 Reasons Why” stems from that fact – in the wake of her suicide, Hannah leaves behind a box of tapes explaining the 13 reasons that led her to take her own life. However, these tapes are ultimately accusations addressed to certain individuals at school, each tape detailing one person’s involvement in Hannah’s eventual death. The narrative crafted through this process poses two immediate problems: that specific people and acts of bullying lead to suicide, and that suicide is an effective tool for revenge.

This narrative is not just inaccurate – most individuals who are bullied or assaulted do not die by suicide – it is actually dangerous. Decades of research shows that media coverage of suicide can influence suicide risk in a subset of individuals, an effect referred to as contagion. Young people, who are often more impulsive, tend to be affected more by contagion.

Suicide prevention experts agree on a set of guidelines for responsible reporting on suicide:

With its explicit depiction of Hannah’s suicide, “13 Reasons Why” disregards all of these guidelines. For those with a history of depression, anxiety, or bipolar illness, this show could be risky to watch.

These are only some of the issues with how “13 Reasons Why” handles youth suicide. The list goes on: school counselors and other adults are portrayed as ineffective; there are no examples in the show of effective coping with adversity; mental illness is not addressed; no suicide prevention information or resources are provided during or surrounding the episodes. There was an opportunity to use the Netflix original series platform to start a meaningful national discussion surrounding suicide and mental illness. Unfortunately, it seems Netflix and the show’s producers have missed that opportunity.

“13 Reasons Why” is readily available on Netflix. Unless you have set up account restrictions, children can easily watch this show without permission from a parent or guardian. Parents should make a thoughtful decision about how and when to allow their teenage children to watch the show. If your teenager does watch the show, we encourage you to watch together and talk about what you see. The JED Foundation and Suicide Awareness Voices of Education (SAVE) have put together talking points to help facilitate a conversation about healthy coping.

The National Network of Depression Centers is a non-profit 501(c)(3) research network that unites the nation’s leading academic institutions to advance knowledge, improve care, and drive the national conversation on depression, bipolar and related mood disorders. Visit the NNDC at www.nndc.org.